Use a selection of bright greens from the Resene KidzColour range to create this clocktastic team game.

To get the look: Use a tape measure or ruler as a rough guide when painting the numbers - our numbers measured approximately 400mm high.

Other ideas for play: Create a fast-paced relay with twelve players - when each player catches the ball they have to run run to the central circle before they can throw it to another player.

› Learn how to play

Step one
Use the string line and chalk to draw a circle with a radius of 3.5m.

Step two
Using a wide brush, carefully paint around the edge of the circle with Resene Concrete Primer.

Step three
Using the paint tray and roller, apply one coat of Resene Concrete Primer to the rest of the circle. Allow to dry for two hours.

Step four
Using a wide brush, carefully paint around the edge of the circle with Resene Lickety Split.

Step five
Using the paint tray and roller, apply one coat of Resene Lickety Split to the rest of the circle. Allow to dry for two hours and then repeat steps four and five.

Step six
Use the string line and chalk to draw twelve evenly spaced circles around the outer edge of the main circle. Each of the smaller circles should have a radius of 400mm. Also draw a central circle with a radius of 400mm.

Step seven
Paint the circles with two coats of Resene Kermit, allowing two hours for each coat to dry.

How to play: One player is selected to be the timekeeper - they stand on the central circle with all other players standing on the remaining numbered circles. The player standing at 'one o'clock' calls out 'What's the time?' as they throw the ball to the timekeeper. The timekeeper has to catch the ball and immediately throw it to a random player calling out the position of that player (eg: 'six o'clock'). That player then has to catch the ball and immediately throw it back to the timekeeper calling out 'What's the time?'. The game continues in this way until a player either drops the ball or the timekeeper throws to a wrongly named player. Whichever player makes a mistake moves back to 'one o'clock' and all other remaining players move up one space - if the timekeeper makes a mistake, all players change position with the player at 12 o'clock becoming the new timekeeper. The object is to stay as timekeeper for the longest.

Project #5a Game Board

Project #5b Game Board 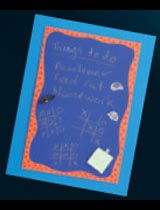 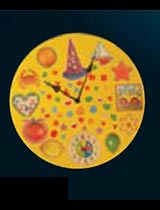 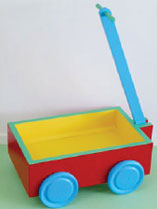 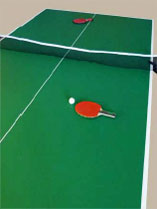