keeping it Kiwi... in Sydney

They were sceptical at first, but a couple of Aussie painters have been won over by Resene paints.

Working in exclusive Point Piper, on Sydney-based New Zealand architect Chris Howe’s own home, they weren’t familiar with the product and were therefore reluctant to provide a complete warranty for their work. However, Howe insisted on specifying Resene flat acrylic Resene Half Pearl Lusta for all interior walls, the same colour in semi-gloss enamel for all doors and joinery, and Resene Sonyx 101 in Resene Half Spanish White on the exterior. Now, those painters are converts and intend to keep it Kiwi in the future.

Chris moved to Sydney five years ago to set up Bossley Howe Architects, a joint venture with Auckland architect Pete Bossley. He specifies Resene for all his projects, but it’s not just Kiwi pride that makes him do it.

Looking at the house today, it is unrecogisable from the property Chris initially purchased.

“It’s my belief that we should support New Zealand companies if their products are equal to or better than their Australian counterparts. I have no doubt at all that Resene paint is the best on the market in Australia,” he says, citing technologically advanced formulas, and great coverage and wearability as the key reasons behind his preference.

Chris says for the last eight years, the interior walls of his own homes have featured Resene.

“I find it’s the only flat paint suitable for walls – we have two boys who are not kind on houses!”

While many people mistake the Howes’ Point Piper residence for a new home, it is actually an extensive renovation. When Chris, wife Betsy, and boys Charlie (7) and Harry (11), first moved into the 1923 deceased estate, their friends were taken aback.

“Some said it wasn’t just the worst house in the street, but in the whole suburb,” laughs Chris.

The roof “leaked like a colander” and some emergency repairs had to be carried out when one of the boys put his feet through the floorboards. In fact, the family had originally intended on demolishing the existing house and starting again, but town planning and geotechnical issues meant this wasn’t advisable – to begin with, the rear of the 780sqm site is 16m higher than the front.

Today, the original house is unrecognisable and Chris is particularly proud of the fact the entire project took only nine months from go to whoa. While the architect says he usually has a Modernist approach to his design, this undertaking called for a more traditional style.

“We were very aware of context here. The house is directly opposite the former gatehouse of the historic Wentworth Estate,” he points out.

Now, while the rear of the five-bedroom, threebathroom home is modern, the front elevation nods to the neighbourhood, with its modernised versions of the gatehouse’s railings and engaged pilasters. Genuine antique Spanish roof tiles add to the overall character, which is described by Chris as “Australian English” in style.

Indicative of the English influence are the black enamelpainted window and door frames. Acoustic seals around the double-glazing cater for any movement in the joinery from the blazing heat. And the Resene paint handles the weather extremely well, Chris says.

The renovation added a new underground double garage, and the home’s existing pool was retained, albeit with a hefty makeover. Large expanses of concrete were plastered and then painted in Resene Half Spanish White to match the house.

Inside, the new kitchen features jarrah veneer cabinets and CaesarStone benchtops in Nite Sky. Chris says Betsy is a great cook and insists on a kitchen that can withstand a lot of wear and tear. And she’s very pleased with the result – which is just as well, as the entire design was her husband’s.

“She said something like: ‘Design it how you like, as long as it’s how I want it to be’,” laughs Chris. 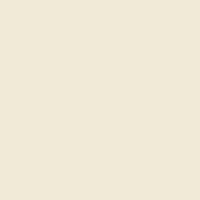 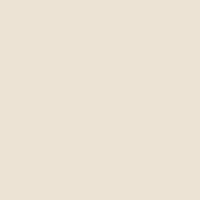