A beautiful fallen chestnut tree lying on the shores of Lake Karapiro, and when I saw it, I immediately called my husband,” says Sarah Powrie. “He got permission to remove it, then he milled it, dried it and, gradually, he transformed that tree into our kitchen.”

Crafting classic furniture is Sefton Powrie’s special talent. His wife Sarah’s is designing interiors. Together, they created an elegant Georgian-style kitchen that suits the traditional look of their renovated villa and yet has all the functionality demanded by a modern lifestyle.

Sefton employs traditional mortise and tenon techniques to build his furniture. This means forming a join by wedging the tenon, or tongue, into the mortise, which is a slot cut into the corresponding piece of wood. A peg driven through both makes this one of the strongest mechanical joins possible, with no nails in sight.

He used this technique to build the solid wood façade of the kitchen, with floating panels that allow the wood to expand and contract with temperature changes.

“Solid wood takes the knocks and will withstand lots of wear and tear,” says Sarah. “As a result, the look doesn’t age or become dated.”

“The cupboards of this period are higher than they are wide, with graceful long lines that allowed us to take advantage of our 11-foot-high stud. By contrast, early Georgian and Provincial styles are more pragmatic, with panels that are wider than they are high, focusing more on what goes into the cupboards, rather than on elegance.”

Ceiling colours will always appear darker than they do on the wall. If in doubt, choose a shade that’s half a tone lighter. Get this interior look with Resene Zylone SpaceCote (now Resene SpaceCote Low Sheen) , tinted to Resene Butter and Resene Zinc White.

Old English kitchens were often composed of free-standing pieces of furniture and Sarah has incorporated that look with the island, which has the appearance of a substantial cupboard.

“I compromised a little on bench space in order to have the island, which gives two access points to the kitchen,” she says.

The black granite benchtops, which echo the old marble worktops in kitchens of the past, are also very modern looking and contrast well with the stainless steel sinks, stove and rangehood.

“I don’t think the fixtures and fittings should slavishly follow a certain period,” says Sarah. “The materials should serve the functionality, and the textures and products need to work well together, as the wood, granite and stainless steel do in this kitchen.”

A feature of the kitchen is the suspended pot rack that floats on invisible wires. “It is an ever-changing piece of art,” says Sefton. “It can hold pots and pans or drying flowers and onions.”

For an open plan kitchen and dining or living area, use the same paint shade and type throughout. Start with Resene Zylone SpaceCote (now Resene SpaceCote Low Sheen) in the kitchen and work outwards.

The dining room adjoins the kitchen and features more of Sefton’s craftsmanship. The spacious oval table is fashioned after an old Irish wake table, surrounded by wavy-line ladderback chairs, typical of English designs from 1780.

“Even in an old-style kitchen, you can be careful to avoid kitsch,” says Sefton. “In many cases, you can create a very interesting look with the juxtaposition between the old and the new.” 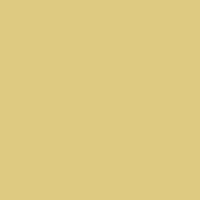 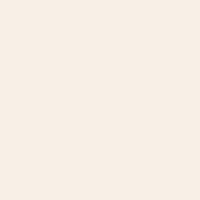