Traditional marketing avenues: Why they’re not past their use-by 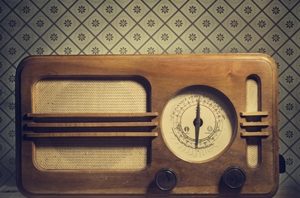 There's a lot of talk these days around contemporary marketing techniques. For example, pay-per-click (PPC) and search engine optimisation (SEO) are two massive areas that are only growing by the day.

As much as you should be looking into new forms of marketing for your painting business, there's still something to be said for traditional routes. Television, newspaper and radio advertising methods do not have a use-by date, and even though there are now new methods of marketing to invest in as well, these tried and tested methods still hold an important place.

Here's a little on each traditional form of marketing, and why it can still help you grow your business.

A 30 second ad spot in New Zealand can cost anywhere from just $200 up to $19,000 according to Performance Media NZ – and that's not counting the cost of production. High costs are one of the main reasons why television advertising is sometimes thought to be dwindling away.

However, a 2016 Econsultancy survey spoke to 700 senior executives responsible for advertising spend in Australia in New Zealand, and found that 71 per cent of them thought that television marketing was a good way to reach audiences. This effectively puts the traditional form of TV on par with new-age marketing options such as websites, which 74 per cent of executives thought was a good option, and paid search, which got 71 per cent.

Television ads have the appeal of being both an audio and visual medium so you can truly show off what you're capable of doing with Resene paints. If you're looking to make a big push in your marketing, it could be an avenue worth exploring.

There are more than 320 radio stations in New Zealand alone, and MediaWorks claims the largest total audience with 2.2 million Kiwis tuning in every week across its network.

Without even knowing anything else about radio marketing, those kinds of figures are hard to ignore for any advertiser. Radio advertising is cheaper to produce and cheaper to air than television ads, so it can be more suited to those with a tighter budget. Plus, the real benefit of radio advertising is that you can specify your target audience more closely. For example, if you're looking to reach females aged 30 and over, certain stations will be better suited to targeting this demographic than others.

Also, if you're looking at advertising locally, you can opt to promote your business on a station that is only available throughout your town or city.

While figures of paid newspaper subscriptions are certainly dropping, the number of people who still read these printed papers every day may surprise you.

For example, Roy Morgan data found that in 2016, the New Zealand Herald had roughly 549,000 readers per average issue. Wellington's Dominion Post had 256,000, and Christchurch's The Press had 188,000. Smaller, regional papers also bring in readers by the thousands, such as the Wanganui Chronicle and the Timaru Herald, both with 32,000.

Roy Morgan Research General Manager of Client Services John La Rosa said that with some figures dropping year on year and others rising, print media is still doing quite well.

"Many of New Zealand's newspapers and magazines continue to perform relatively well against equivalent print media in Australia and around the world," he explained.

Like radio marketing, newspaper ads have the potential to be targeted to a specific area and a specific demographic. Therefore if you're looking to connect with older customers within your area, you may be able to check out the rates for ads in a local newspaper and see if this avenue can work for your business.

This entry was posted in Tips for Tradies. Bookmark the permalink.

Get inspired!  Sign up for our e-newsletter  |  Get saving!  Save with a Resene DIY Card